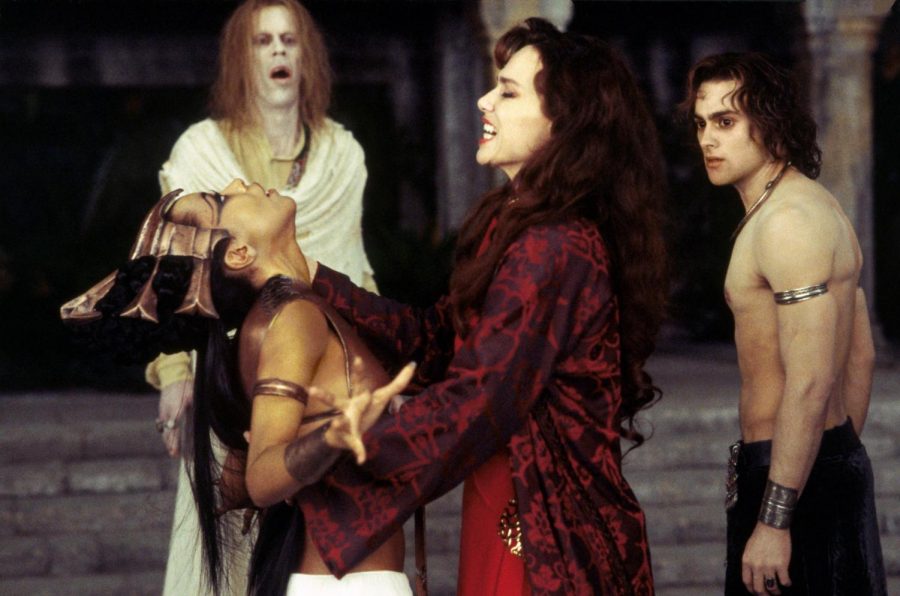 Reel Reviews – Queen of The Damned

Let me take a breath. I’m going to need a moment to process what I’m about to review.

Have you ever seen something so terrible, so insultingly grotesque, that it physically hurts you to witness it? Maybe it’s because I love Interview With a Vampire (1994) so much, but its sequel, Queen of the Damned (2002), is here to take home the award for worst disappointment I have yet to witness in my life.

The story follows two plot lines throughout the movie: Lestat’s past (before he meets Louis), and vampires in present day, rather than the 16 or 1700s. In Anne Rice’s terms – the author of the book series – ‘present day’ is the 80s; however, the movie has been adapted to the early 2000s. And let me tell you, that switch was not hard to miss. Lestat (Stuart Townsend) wakes up from his coffin after years of rest, only to join a “goth” band which, while watching, I pointed out reminded me of what Disney Channel would define as goth rock. The main vocalist of Korn did voice acting for Lestat’s singing if that says anything.

Let me preface this by saying that some of the stories didn’t seem terrible on paper. Lestat was one of the most complex and conflicted characters of the original, and learning his creation story is an intriguing idea. In fact, if the entire movie would have been centered around that, I wouldn’t be as mad about its quality. I believe the real kicker of the whole thing was ‘The Crow (1994)’ appeal that really, truly, was not asked for. Certainly not by me. Personally, I think it’s much more appealing to watch something sophisticated, serenaded by the sounds of classical violin, than the back section of a Hot Topic in 2005. 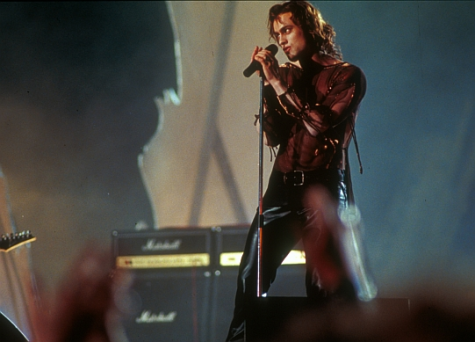 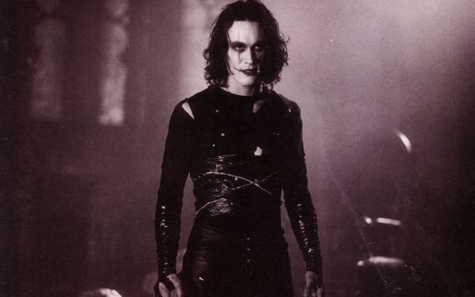 MentalFloss.com – 18 Fascinating Facts About ‘The Crow’

First, acting. Why is it first? Because, from the beginning, it’s thrown in your face like some kind of damp towel that you question the origin of. Stuart, if you’re reading this, I’m sorry to inform you that any classes you took might’ve been a waste of time. At least, however you interpreted them. If your instructor told you to be impossible to relate to, annoying as hell, and a cringe-worthy attempt for menacing, then disregard anything I just said. You passed. Gold star. I digress.

No one was a good actor in this. No one. Even Foodfight! (2012) had some decent acting. It’s really not that hard. That is, to find at least one – one – good actor. The best display I saw was Townsend’s lip-syncing. Good job, Stuart. You did one thing right.

If it was only the 18th century vampires acting like something straight out of an Edgar Allan Poe poem, it wouldn’t be a problem. It makes sense. But everyone acted that way. Vampires, people, anything. And yes, there was a certain vibe that this film was trying to accomplish. I understand that. Which is why I also understand that this can be done without making everyone maddeningly theatrical and seemingly Shakespearean in the midst of an era when “How You Remind Me” by Nickelback was number one on Billboard Singles.

Now, the fashion. I’m not normally one to critique a movie, or anything, on the basis of what people are wearing. But holy mackerel. This was so bafflingly horrendous it was distracting. Vampires are an elegant, polished people who wear only the finest, not Marilyn Manson’s pajamas. In Interview With a Vampire, we see glimpses of Louis in present day as well. He wears a suit and tie. Emphasis on suit and tie. Not chains, not leather, not fishnet shirts, and certainly not what any of the vampires were wearing in this film. It’s straying from its roots, further from the tone addressed in previous story lines. It’s frustrating. And, quite frankly, doesn’t make any sense. But hey, maybe it wasn’t such a bad thing. Anything distracting me from the plot is a blessing. 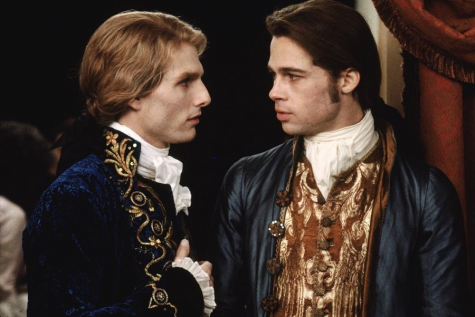 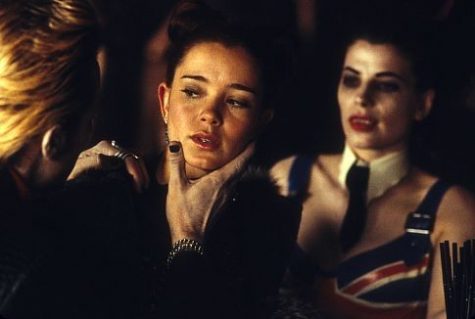 I suppose it’s only fair that I muster up some positive aspects of this movie. Aside from having a semi-decent foundation, the visuals were good for what they were meant to be. I never complained about any shots or filming techniques, in fact I believed it was quite adequate. And though adaptations were made, it still tried to stay true to the book – aside from romances that were thrown in or left out. I can always respect that about a movie. Not to mention anyone with a liking for The Crow or Lost Boys (1987) might actually end up enjoying it to some extent.

But for those who love the original, the comparison is agonizingly depressing. As mentioned before, it is hard for me to think of a sequel that stoops close to this one’s level. I truly believe that even if I had not seen the original, a hatred would still burn my blood. As a film enthusiast and as a human being.

Overall, unfortunately for me and anyone else who watched it, Queen of the Damned was a complete and utter flop that I have come to loathe. 2/10.