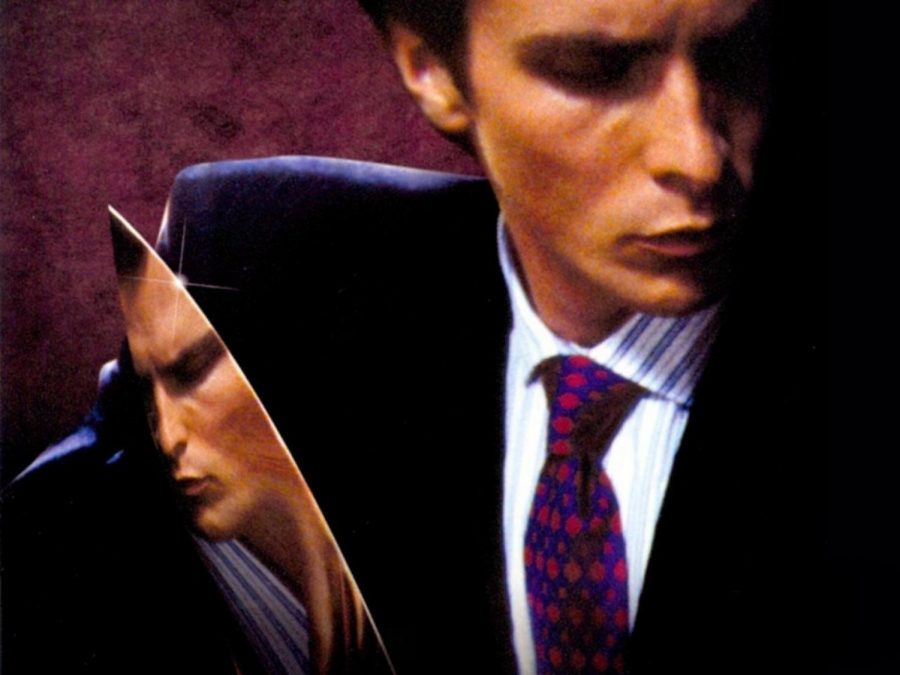 1999-2003, personally, is an underrated era of filmmaking. From American Beauty to Big Fish, this small period held multiple classics that can overshadow films such as: Friday the 13th (1980) or One Flew Over the Cuckoo’s Nest (1975). Movies that urge you to think deeper into their meaning – deciphering the difference between good and evil in their subtle yet profound metaphors. One of these includes Marry Harron’s American Psycho (2000).

Based off of the novel by Bret Easton Ellis, this dark plot revolves around the sick and twisted side of New York’s most successful businessmen. Our main character, Patrick Bateman (Christian Bale), happens to be somewhat of an underdog amongst their ravenous pack; or so he thinks. In reality, Bateman is extremely wealthy and seemingly identical to his colleagues. However, in his world of ideal perfection, even the smallest difference to set him from a crowd will bring him to break out in violence from his psychopathic sense of redeement for himself. This means killing those he feels are inferior such as: the homeless, animals, and prostitutes. 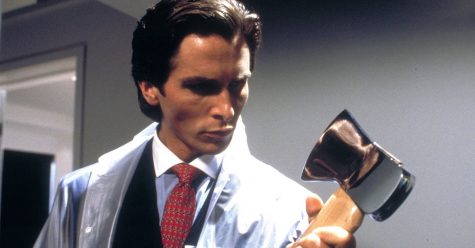 “There is an idea of a Patrick Bateman, some kind of abstraction. But there is no real me: only an entity, something illusory. And though I can hide my cold gaze, and you can shake my hand and feel flesh gripping yours, and maybe you can even sense our lifestyles are probably comparable, I simply am not there.”

Patrick’s collected persona seems to stay strong throughout most of the movie, yet that sense of overflowing tension seems to pour from his expressionless, bloodthirsty tone. Keeping this alive was something I admired from the actor. Christian Bale truly captured what the writer and director were trying to show — not only for his somewhat exaggerated caricature of the demographic, but what it was meant to represent. I loved how it gave the audience a sense of unease at the thought that demented people like him exist in the shadows. And as shown by the film, it’s easier than we think for them to go unnoticed. 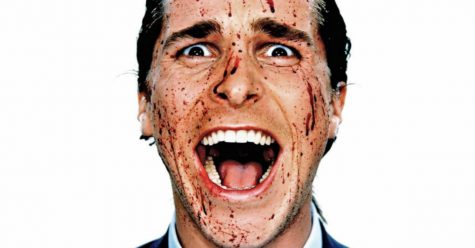 It should be mentioned that while he kills to settle his insecurities, he also has a strong sexual craving for blood and gore. He feels it drives him like some uncontrollable urge that has yet to form into a rampage of crimson and gunpowder if starved for too long.

Something that I loved about this film was its sort of ‘Ted Bundy’ allure, molded into this romanticized chaos of inner conflict. It was like I was inside Bundy’s head — sensing his impulse and listening to his dilemma through Bale’s soft spoken monologues. If you’ve looked into screenwriting once or twice, you’ve probably heard that narration can appear lazy and cliche. However, I have yet to see an example of this in American Psycho. Having seen movies such as The Man Who Wasn’t There and Adaptation, I find that narration can be crucial to character development. For Patrick Bateman, it was essential to understanding his struggle between finding himself and containing his bloodlust; longing to kill and desperately begging for a place in the world — whether he realized it or not.

“[…] I stare into a thin, web-like crack above the urinal handle and think to myself that if I were to disappear into that crack, say somehow miniaturize and slip into it, the odds are good that no one would notice I was gone. No one would care.”

One aspect of this idea I liked was that, multiple times, Bateman is mistook for someone else. This, of course, is because of the common appearance of his circle – expensive suits, hair slicked back with product, and business cards only unique to someone of his position. In one scene, he is shown in a sweat over the fact that one card, Paul Allen’s (Jared Leto), is ‘White’ instead of his ‘off-white.’ They’re both practically the same, but to him the mere tint is enough to drive him insane — hence the main conflict of the story between Patrick and Allen. Drowning in his “defeat,” he takes out his rage on a weak homeless man – taunting him with money and insulting his failure; only to kill him to starve that flame behind his eyes. This struck me as brilliant, seeing as it gave an insight into the taunted mind of those obsessed with materialism; that it, despite being so miniscule, could portray the fragile confidence of a high and mighty murderer whose only goal in life is to come out on top. At times, it’s better than only watching the maniacal front of villains from other horror films.

One thing I always drool over is good cinematography. This movie did not disappoint. The best way to describe its visuals is ‘aesthetically pleasing.’ With its wealthy, colorless appeal, it truly pays the plot a generous amount of thickness. Even when Bateman is hacking away at someone’s head with an ax or driving a chainsaw through women’s spines, he lays out newspapers and covers his furniture to keep that clean, white look. And boy oh boy, did this mother look good. The contrast with blood was beautiful, artistic, and gave the film that cherry on top that it didn’t need until it was seen.