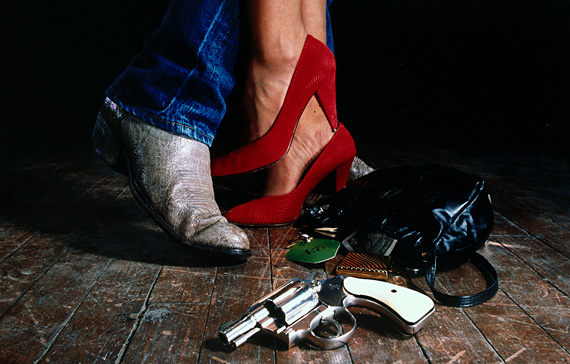 Let’s get one thing out of the way: The Coen Brothers are geniuses.

Artistic, strategic, beautifully spoken; overall, just a talented couple of directors / writers. As a matter of fact, Joel and Ethan are two of my, if not top, favorite inspirations. The list could go on and on about how much admiration I – and many other film enthusiasts – have for these brothers. However, nobody is perfect. The perfect example of this is their first film: Blood Simple (1985). 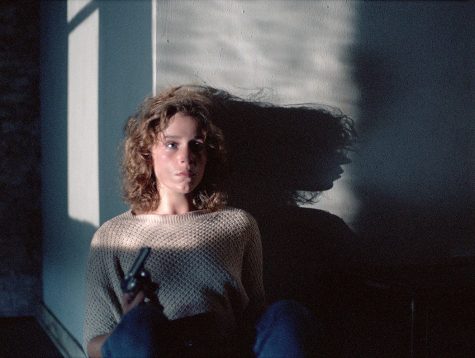 Now, I know what you’re thinking. Why be so hard on somebody’s first? I, along with many others, are aware of the fact that a lot of firsts (things like pilots, short films, etc.) aren’t as good as later releases. Because of this, I wouldn’t normally review them. However, Blood Simple is not known for being inadequate. As a matter of fact, this film is known for being one of the Coen Brother’s best films. Better than The Big Lebowski or O Brother Where Art Thou. And that is why I am going to review this missed high five of a film.

The idea of a man hiring a hitman to kill his wife’s side partner is a fantastic idea. Thrilling, clever, and comedic at times. If I would be critiquing the idea of the movie, I wouldn’t have anything to say. It’s good. It’s why I decided to watch it in the first place.

But the way it was executed was mind-numbingly disappointing. In better terms: a waste of a good plotline. If it wasn’t unethical, I’d want it to be recycled and used again by a different director — or at least the current Coen Brothers. That’s how much I wanted it to work. But it didn’t. And there were many contributors to its downfall. For one, the script. Some parts were creative. Hell, I laughed once or twice. But the way dialogue just carried on and on — I almost fell asleep. It’s not often I sit through a scene saying “get to the point” and I did just that with this movie. And that leads me to the scene structure …

Oh. Em. Gee. If I wasn’t bored to death by the conversation, then the way this movie was structured will surely finish the job.

One thing I love about Hunter S. Thompson or Cormac McCarthy is that they write in short sentences that give their reader any important information without a dragging description. This takes place in movies as well. Whatever a director fits into a scene will be important and descriptive enough to say “OK boys, let’s move this plot along.” Blood Simple did not do that. The directors completely disregarded that idea and made everything seem like it was happening in real time – not to mention the extra scenes that were begging to only be released as deleted in a special features section of the director’s cut. Keep. It. Simple. No pun intended.

That brings us to plot twists.

I love plot twists. I absolutely adore them. I think they add a lot to a story and can save a boring plotline. But holy mackerel, there should be a limit to how many plot twists you can have in a movie. One of my favorite things about a twist is when you feel your stomach drop and all the sudden it’s GASP! I didn’t expect that! It’s great. I did it in Blood Simple. And, I’ll admit, I started to have faith in the film. But after two or three times, it starts to get old. Soon enough, I was convinced it would need one hell of a corrupted moment to surprise me. I cannot stress this enough: You cannot rely on twists to structure your film. When you use one, make it big. Make it demented. Make it anything but consistent so the audience doesn’t adapt to the unrealistic coincidences that keep popping up out of nowhere with no impact to the story whatsoever.

But what did these twists compensate for? I bet it was the unnecessary violence and the fact that ¾ of the movie was one big chase scene.

No Country For Old Men, another Coen Brothers Film, is about a man on the run. But I don’t know anyone who thinks of it as simply that. Because it’s so well done, No Country is known as a compelling thriller for the mind and videographer. Not a film about a chase. On the other hand, that is all Blood Simple is. A giant chase scene with unnecessary plot twists intertwined. Combined with that and the fact that it moves a mile an hour, I can honestly say that this is one of the most boring movies I’ve had to sit through besides Mansfield Park. But we’ll touch base on that another day. I digress.

Blood Simple was good in areas such as imagery and basic creativity, but those cannot make up for the disaster I had to struggle to stay awake through. Overall, I’d rate it a 4/10.