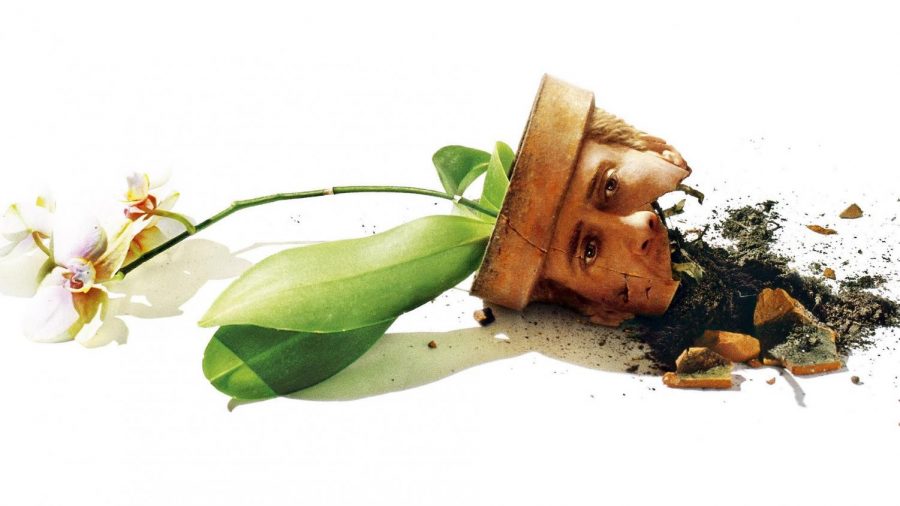 Spike Jonze is a maker of many well-received films within the past two decades, such as: Her, Being John Malkovich, and Where the Wild Things Are. However,  he created a film unlike any others of his making. This is Adaptation. Adaptation, released December 6, 2002, follows Charlie Kaufman (Nicolas Cage) — a socially awkward screenwriter hired to write an adaptation of Susan Orlean’s (Meryl Streep)  “The Orchid Thief.” Throughout, he experiences many hardships that combine his personal and professional life.

Fade in. Narration. Kaufman goes in depth about his insecurities over a black screen. This sequence introduces his character as insecure, troubled, but passionate.

“Do I have an original thought in my head, my bald head? Maybe if I were happier, my hair wouldn’t be falling out. Life is short. I need to make the most of it. Today is the first day of the rest of my life. I’m a walking cliché. I really need to go to the doctor and have my leg checked. There’s something wrong. Oh well. The dentist called again, I’m way overdue. If I stopped putting things off, I would be happier […]” – Nicolas Cage (Adaptation)

As soon as this was over, I saw something I’d never seen in my experience with movies: one of the opening scenes takes place on another set of a film previously released by Jonze, Being John Malkovich. Kaufman is shown on set, watching as the cast gets ready to shoot the next scene. However, this is not the only new aspect of Adaptation’s unique structure. As shown previously, internal conflict is a huge part of Kaufman’s day-to-day-life. In order to deal with this, he is repeatedly shown rehearsing his thoughts aloud. Such as: observations, new ideas, troubles, or whatever he’s writing. Having seen this film multiple times, I noticed that these led the audience to find that Adaptation is about writing Adaptation. A movie about writing itself. This idea is incredibly unique and hard to accomplish. Not a surprise, however, considering Spike Jonze is famous for twisted and / or complex plotlines. Besides the interesting take on plot, Adaptation should also be credited for many other parts of a good film such as dialogue and cinematography. Although, unlike some films such as Blood Simple (Coen Brothers) or Lord of The Rings (Peter Jackson), this one has strong points in it’s dialogue and character development, rather than visuals. This does not suggest that the imagery is inadequate, but simply shadowed by the impressive portrayal of conflict and phrases that make the witness rewind to listen again. Some of my favorite quotes include:

“ I suppose I do have one unembarrassed passion. I want to know what it feels like to care about something passionately” – Meryl Streep

“You are what you love, not what loves you” – Nicolas Cage

Overall, I’d give this movie 8/10 for a strong plot and creative dialogue.