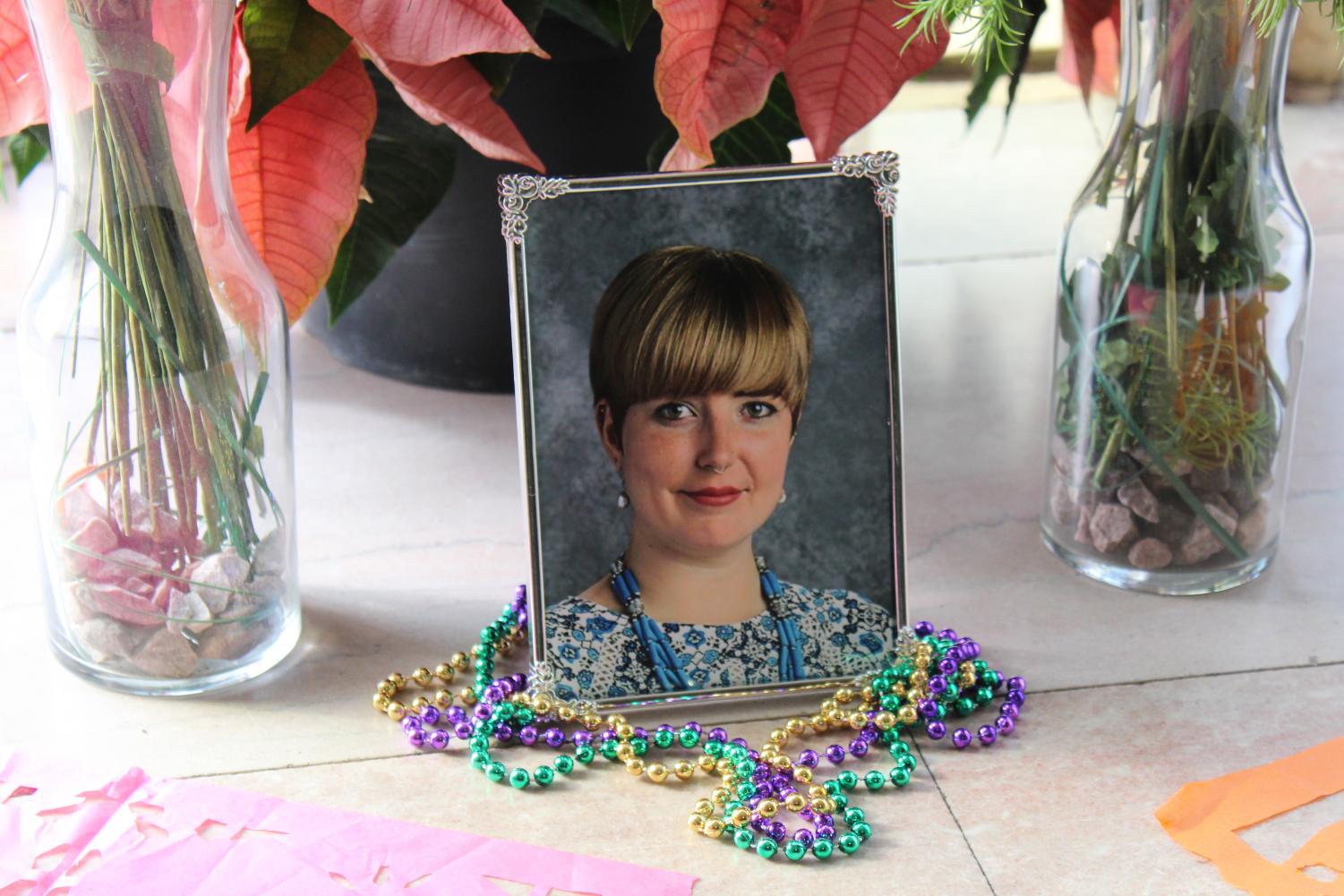 A portrait of Ms. Gibbons that is centered in the memorial on the second floor, which was created by student government. (Bannon Beall)

A portrait of Ms. Gibbons that is centered in the memorial on the second floor, which was created by student government.

Back in October, 2017, the THS Tower published a story called “Auf Wiedersehen, Frau G,” which bid farewell to Lauren Bailey Carter-Gibbons, a beloved German and Spanish teacher who, at the time, had just moved to Germany to pursue new opportunities and education. Now, the school is processing their final goodbyes to their former teacher. When students came back to school after winter break, they were met with the news that Gibbons had passed away in Germany.

Matthew Mahan, junior, had Gibbons, known by her German students as Frau G, for German 1 and 2.

“Frau G was so much more than a teacher. She was willing to help after school, talk about problems outside class, and make us laugh when we needed to the most. She connected me with so many of my great friends who would otherwise be strangers. She will always have a special place in our hearts,” said Mahan.

Jihad Lewis, senior, had Spanish 1 with Gibbons during his freshman year, and she made a lasting impact on him.

“She was one of the coolest teachers I ever had, and I didn’t really want to take Spanish so I was going to drop it but she made it fun and she had creative ways to learn Spanish without being bored,” said Lewis.

Kara McClendon, a close friend of Loehr and fellow German student shared her experience with Gibbons’ commitment to her students and her love for life in Germany.

“Meredith and I had her the past three years for German 1 through 3. Last year, the school wasn’t offering German 3, but Frau G made it possible by suggesting we come in two days a week in the mornings at 7, even though she hated mornings and had to commute from Lawrence. She was so passionate about helping students, and she helped Meredith throughout the whole process of applying to study abroad in Germany, which Meredith didn’t even want to do until meeting Frau G,” said McClendon. “When [Gibbons] moved to Germany, it was because she loved being there so much and it was definitely where she was the happiest.”

With her well known positive attitude and creative teaching style, she helped inspire many students to immerse themselves in learning a foreign language and culture.

While Topeka High is mourning, its students recognize that Gibbons’ passing has hit some individuals even harder.

Lewis said, “To her family: she was a special person. She always had a smile on her face, she always uplifted her students and everybody liked her.”

Ms. Gibbons will be dearly missed by all of the students she impacted during her time at Topeka High and she will always have a place in the hearts of many Trojans.

If you want a picture to show with your comment, go get a gravatar.