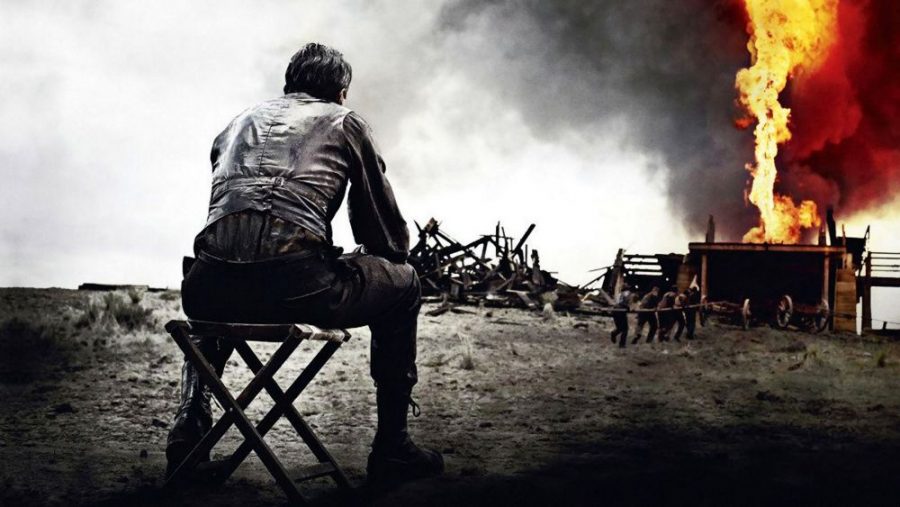 Reel Reviews – There Will Be Blood

Those familiar with film in the last couple of decades can easily recognize the title No Country for Old Men as a work of art, written and directed by the Coen brothers and released in November of 2007. It was instantly acclaimed by critics and remains a cult classic until this day. However, despite the praise it received, a film crew mere miles away was creating a masterpiece as well. The film I’m referring to is none other than Paul Thomas Anderson’s: There Will Be Blood (based off of Upton Sinclair’s novel: Oil!).

When I’d first been recommended this film, I was hesitant to carry through with the suggestion. After all, having been deeply submerged in what some would refer to as an obsession with No Country, it was hard to comprehend that anything could beat it in multiple categories of competition and conversation. However, if one has ever looked up the phrase “movies to see before I die,” they will know exactly what I had to do.

As a student with a passionate allure to the making and writing of movies, It did not strike me as unusual that this film received the applause that it did.

Cut out of black.

The impact was immediate. No waiting, no guessing, the menacing nature is introduced within the first shot, led by screaming violins and dry, covert imagery. I was compelled before I could sit down. The tone is sinister and left me on the edge of my seat, begging for more. This was a common theme, it seemed. A sense of waiting that locked the witness in and left them reaching for the next conclusion in a series of twists and turns down the darkening plot-line. Aside from an enthralling story, the trepidation-inducing instrumentals and cinematography were nothing less than superlative to the point that I almost instantly fell in love.

The story follows the mental downfall of Daniel Plainview (played by Daniel Day Lewis) as he ventures into the world of oil drilling with his son H.W. (Dillon Freasier) by his side. Many obstacles stumble across them, but none more profound than the business collaboration with Eli Sunday (Paul Dano) and his church of the Third Revelation.

Upon simply viewing the film, a place was already set aside in my list of top 10 favorites. Everything I love about film continued to show up from one scene to the next — finally ending in just the right amount of cynical darkness. As soon as the credits began to roll, I felt myself exhale from holding my breath through consecutive fits of ominousness and scenes shot so well they pent up inside and made me feel as if I was going to be sick if I didn’t carry through with the abrupt burst of inspiration.

Between the general quality of the film and the interesting facts beneath it, I could honestly say that There Will Be Blood was becoming one of the best movies I’d seen — in a cinematographic and literary sense. To know the close misses and quick fixes, it was incredibly hard to believe it turned out like it did. I would highly recommend it to anyone who enjoys watching and dissecting the plot of a brilliant writer and director.