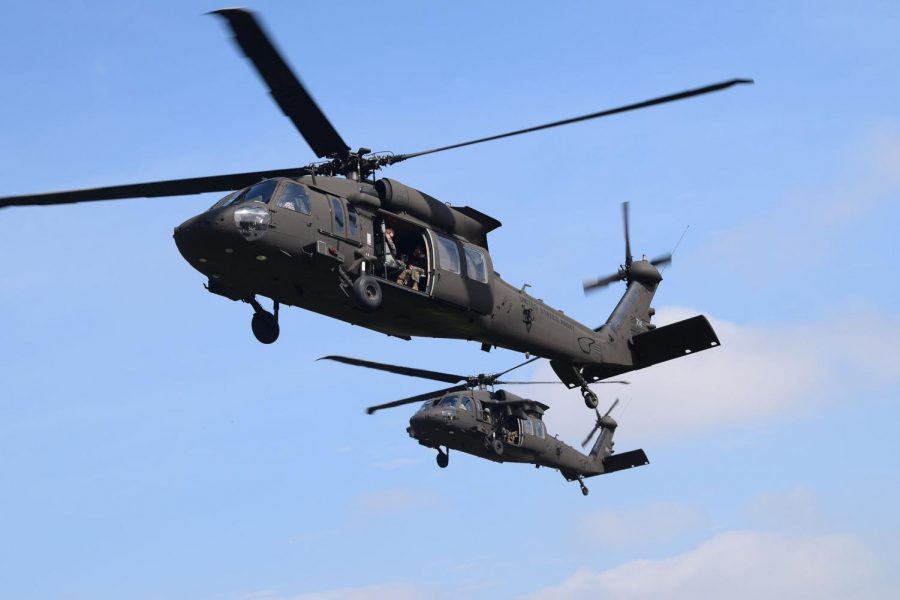 Both Black Hawk helicopters take off in unison carrying roughly 15 cadets a piece.

It’s not every morning that you would expect to see military vehicles stopping for a visit at your high school. At 9:30 in the cloud covered morning of April 24, this is exactly what happened.

In a event sponsored by the Kansas National Guard, two massive UH-60 Black Hawk helicopters touched down on the northern field behind the north gym. Cadets who met the requirements got the opportunity to take a tour around town.

“It’s kind of three-fold on what this is,” MCJROTC Instructor Jason Morrison said, “we try to use it as a recruiting tool for students who aren’t in the program, and they see us out here doing fun stuff. We do it as a reward for the cadets’ hard work throughout the year, and how many students out of this school of roughly 1,700 can say they’ve been in a helicopter?”