How good can Patrick Mahomes be? 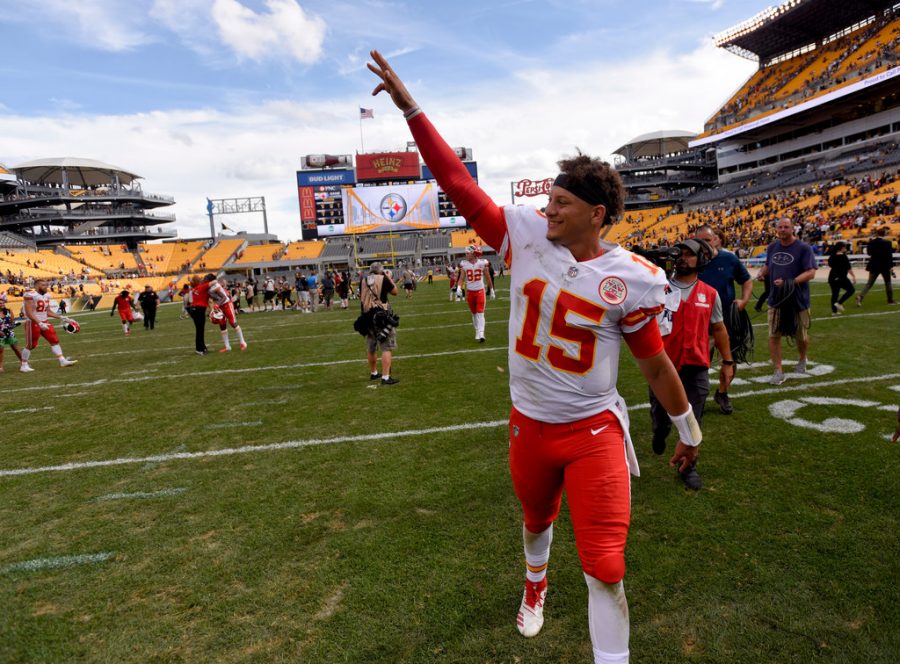 Through the first two weeks of the NFL season, there have been some major shocks. Ryan Fitzpatrick looking like a star, Le’Veon Bell still not reporting to the Steelers, and many other, but the most intriguing one may be that fact that Patrick Mahomes has stood up to expectations. At this very moment, Mahomes is on pace to throw 80 touchdowns and no interceptions. So this won’t happen, his inexperienced moments will show and he will make bad plays, but is he even close to what he can be? Mahomes now has the record for most touchdown passes through two games, an impressive feat for sure, he’s thrown for over 500 yards, he’s been versatile on his feet, and hasn’t turned the ball over yet. This I mind you, has only been two games. Mahomes will come back down to earth eventually, right? Mahomes is only in his second year and he has already exceeded expectations, but this was Andy Reid’s plan. Mind you, I’ve become less tolerant of Reid, but he put Mahomes in a perfect situation. Reid is one of the best developmental coaches in the league, and benching him for a year behind an experienced QB like Alex Smith was genius. I don’t believe that Mahomes will stay anywhere near this pace, but right now he’s a runaway MVP. Mahomes will continue to develop into more and more of a star, and some people still believe that this is all a rouse and he’s already hit the ceiling. I can’t say they’re wrong, maybe he has. In my opinion though, Mahomes has yet to reach the ceiling, and he will become more and more impressive. In a few years, Mahomes could be the best QB in the league. Then again, he’s only started three games in his career, so maybe I’m getting ahead of myself.