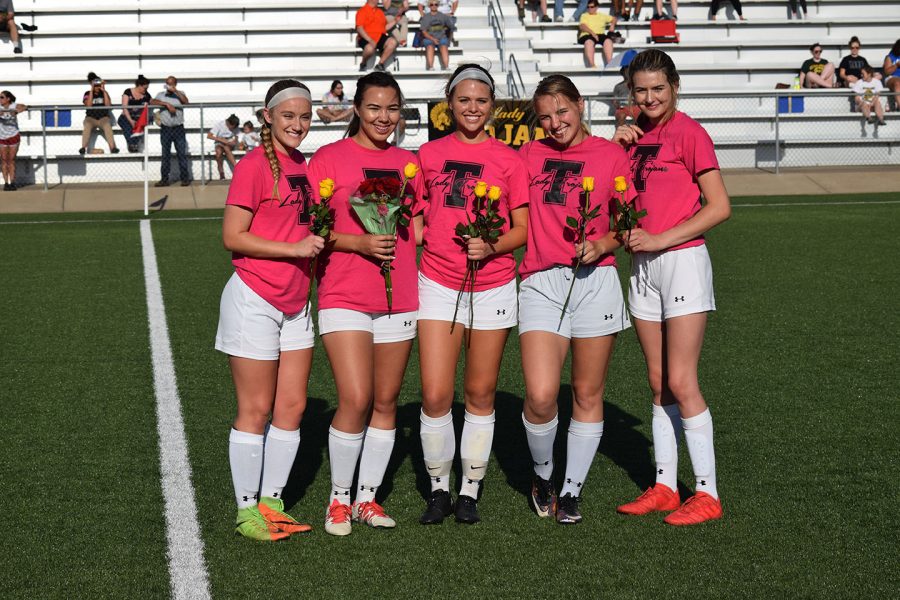 Last night the Lady Trojans soccer team blew out Emporia by a score of 9-0 on senior night at Hummer Sports Park.

It didn’t take long for the scoring to start for the Trojans as Junior Lauren Dietrick scored 31 seconds into the game, and followed it up with a brace a few minutes later.

Even with Dietrick finishing with four goals on the night, the seniors took care of the other five. Hayleigh Cashman was the first senior to score, scoring on a cross in by fellow senior, Alani Snook. Snook also added on a goal late in the game on a free kick outside the box. The other two goals were scored by midfielder Morgan Carranza, who also notched an assist.

“It’s a blessing,” said Carranza. “I’m glad to be out here with my teammates and be able to get a win on senior night.”

Coach Derek Snook, said it was not only a good thing to score nine goals, but for the senior’s to enjoy their last game at home.

“It’s good to get some balls in the back of the net,” Snook said. “but for those guys being their last game here at Hummer Sports Park, it’s nice for them. They know there’s emotions coming into this game because it is senior night, the season is winding down, and the realization that their high school career is just about over.”

The Trojans are now 6-10 on the season, with their last regular season game tonight at Lawrence High.